Nichiren Shoshu Main Head Temple, Taiseki-ji, is reported to have stuffed into used rice bags the cremated remains of numerous deceased along with the remains of many others in the name of joint-burial and interment. Furthermore, 150 to 200 of these bags were dumped as if they were trashes into a hole dug in a vacant lot on the temple grounds.

With regard to the inconsiderate, slovenly handing of the ashes of the beloved ones, the Tokyo High Court accused Taiseji-ji of neglecting to conduct any memorial service or set up an appropriate facility for the burial of ashes. In short, the Court severely denounced the head temple, stating it deserving to be construed of its thoughtless disposal of the cremated remains in a vacant lot within the temple premises and ordered the defendant to pay the plaintiff’s compensation. Hearing the sentence, the priesthood appealed to the Supreme Court. However, dated December 19, 2003, the Supreme Court dismissed the appeal, concluding the case in Taiseki-ji’s total defeat. 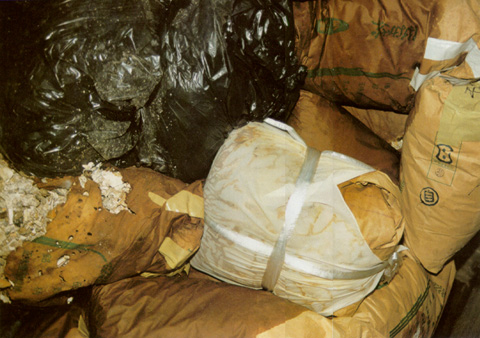