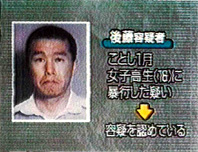 On May 26, 1998, Nichiren Shoshu priest Shinwa Goto was arrested by the Fuji City police, Shizuoka Prefecture, on suspicion of engaging in sex with two junior high school girls, violating a prefectural ordinance protecting minors from sexual misconduct by adults. He admitted guilt.

Rev. Goto was then re-arrested by the Numazu City police, Shizuoka Prefecture, on suspicion of raping a 16-year-old Numazu City high school girl, causing her to suffer injuries requiring some two weeks for recovery. Rev. Goto is alleged to have forcibly pulled the girl, who was waiting for a roadside traffic light to change on January 27, 1998, into his car on the pretext of asking her for directions.

Such cases of sexual misconduct involving a Buddhist priest are quite unusual, so they have raised the public’s interest in the Nichiren Shoshu priesthood.