Skip to the content Skip to the Navigation
1. H.P Nikken declares that
the DaiGohonzon is counterfeit.
In the July 1999, the notes of Jitoku Kawabe leaked out from Nichiren Shoshu recorded statements made by Nikken Abe on February 7, 1978, who was Chief of the Study department of the priesthood at that time, as follows :-

“The Gohonzon of the High Sanctuary of True Buddhism is counterfeit.”
“I [H.P Nikken] found this out through various forms of graphology (such as examination the brush strokes of the Chinese characters).”
“Somebody copied onto the Dai-Gohonzon the daimoku and seal portion of a Gohonzon conferred upon Nichizen that was stored at Hodo’in temple and later transferred to the head temple. The rest of the Dai-Gohonzon was created either during the time of the 6th High Priest Nichiji or 9th High Priest Nichiu.”

When news of such groundless slandering of the fundamental pillars of the sect was discovered, the priesthood was in an uproar and utterly shocked. Consequenly, the administration office had to issue a notice in great anxiety to explain the situation.

In the “Notice” issued in a panic-stricken manner on the following day (July 10), the priesthood began to assert that this was Nikken’s refutation of the allegations “that may possibly develop from within the Nichiren Shoshu. However, this is indeed another absurd lie. Not one person within the Nichiren Shoshu priesthood has ever asserted the view in regard to the “Gohonzon conferred upon Nichiren” both in the past and in the present time.

It is said that Nikken as the study department chief has all the while purported to be an “expert” in regard to the Daishonin’s handwriting. Judging from the date of the “Kawabe notes” (February 1978), there is no mistake that in the process of preparing for this “counterfeit argument”, Nikken must have atrociously committed the slander of personally carrying out a “handwriting examination” or graphology analysis of the Dai-Gohonzon, and ended up undermining the Dai-Gohonzon as “counterfeit”.

Furthermore, in the same “Notice”, it is stated that the contents of the “Kawabe notes” are characteristically Kawabe’s “subjective views”. However, as one can judge for himself by reading the “notes”, the contents recorded are extremely “objective”. It is clear that Kawabe had accurately recorded Nikken’s words.

In addition, if the priesthood is to blame the entire issue on “Kawabe’s inaccurate minuting”, then why is Nikken not punishing Kawabe ? Or, is there any other reason for Nikken not being able to punish Kawabe ?

According to an authority on the Daishonin’s authentic writing, graphology appraisal can be done only on paper-scroll Gohonzon. However, the Dai-Gohonzon of the High Sanctuary of True Buddhism is a wood-carved Gohonzon and therefore graphology cannot be applied. This is an opinion of authority. Nikken feigning expertise on graphology and theorizing from it is a fitting portrayal of a man who intents on showing off how great he was.

2. Destruction of the Shohondo, the High Sanctuary. 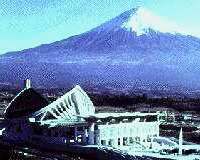 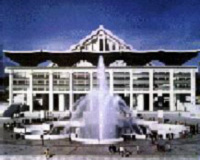 The Sho Hondo at the time of completion in 1972 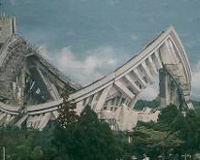 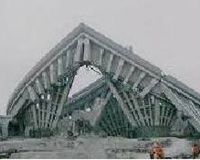 The Sho Hondo being demolished in late 1998

In June 1998, Nikken Abe had the Shohondo demolished.

“The shohondo contains the significance of the continuation of the heritage of the 3 great secret laws, which is the high sanctuary in the latter day of the law. When Kosen-Rufu is accomplished, the building Shohondo is the high sanctuary of this sect.” (28 April 1972)
He has thus clearly stated the significance of Shohondo of this Buddhism and affirmed the Shohondo as the place to keep the Dai-Gohonzon. Moreover, the Shohondo is the culmination of the most advance architecture and built from the best materials and it has been praised as the most magnificent religious building of the 20th Century.

Even H.P Nikken himself has once said that “Nittatsu Shonin’s naming of the place of enshrinement of the Dai-Gohonzon as the Shohondo was made only after putting deep thoughts in the matter, he is assured that the Shohondo carried with it the lifeblood heritage of Nichiren Daishonin and Nikko Shonin.” (given at the Tozan celebrating the 10th anniversary of the completion of Shohondo on 12 October 1982).

However, he has reversed what was said before by saying that “The Shohondo which was donated by the Soka Gakkai was the crystallization of slandering of the Law, that’s why it had to be demolished.” If that was the case, we would invite him to answer the following :-

Other than the Shohondo, he had also demolished the Rokugo, Daikejyo and the DaiKyaKuden which were built in harmonious relationship between the priesthood and the Soka Gakkai during the times of former high priest Nittatsu Shonin.